Plant a tree in memory of Joseph
An environmentally-friendly option 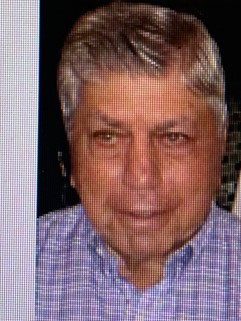 Joseph Massry, 89 of Aventura, Florida, passed away peacefully on March 10, 2021. Joe was the beloved husband of Margery Chuckrow Massry, and father of two children, Norman C. (Jill) Massry of Loudonville and William (Jodi) Massry of Golden Beach, Florida; loving grandfather of Noah and Lauren Massry and Leyla and Alexandra Massry; and brother of Jack Massry and Norma Massre. Joe was predeceased by his brothers, Morris Massry and Abraham Massry.  Joe was a long-time business owner in Lake George.  Joe loved his family and loved traveling and spending time with his grandchildren.  In lieu of flowers, please make a donation to the Regional Food Bank of Northeastern New York

. A private graveside service will be held for family only.

Plant a tree in memory of Joseph by clicking here.
To send flowers to Joseph's family, please visit our floral store.

A service summary is not available

Plant a tree in memory of Joseph
An environmentally-friendly option

13 trees planted in memory of Joseph

He took me on a motorcycle ride. I was so excited. I’m so sad. May his memory be a blessing.

Dear Margie,
I go back to when Joe came to Miami Beach, he had a season pass and was there almost every day.
My sincerely condolences to you and your family.
Sincerely, Sarah M. Goldstein

Thank you for being the best dad. I will always love you. I look forward to being with you when my time is up. RIP
William massry

A Memorial Tree was ordered in memory of Joseph Massry by William massry.  Plant a Tree

Where do it start? Joe and my father were the best of friends going all the way back to Troy. Most of my memories of Joe are from the store he had in Saratoga and then later, Lake George Village. One of the more fun stories was, sometime around 1975, when Joe got tickets for a Don McLean concert at a small venue in Saratoga. I remember him telling my father and mother that they had to go with him to the concert, to which their reply was something along the lines of “Don who?” and “No, I don’t want to go to that, why would I want to go to that?” Joe pressed his case saying “You’ll enjoy yourself.” We did end up going, Joe, my father, my mother and myself (I was very much aware of who Don McLean was, but did think it a bit strange to go something like that with my parents!), and of course we all loved it, a beautiful acoustic performance and music my parents never would have ever heard. Sometimes you have to just trust your friends. When Joe was getting the Lake George store ready I remember going up there with my father and there was Joe with a carpenter’s apron and a circular saw. And of course, a year or two later, there was Joe standing in front of the store during tourist season, cigar in one hand, and a floating dog leash, with no dog in it (it made you think the dog was invisible), getting the attention of the tourists. I also remember Joe had a Vespa scooter, way, way before it was the thing. And then there was the time Joe showed up in Albany, maybe 1980, with Hagen Daz ice cream, in one of those big, five- gallon containers you see in the scoop shops. It was several months after my mother died, and he was bringing a little treat for the family. Joe was always funny, smart and such a good friend to my family. There are so many memories, too many to tell, but I’ll always have them. I know this is such a loss for Margery, Norman and Bill, and his grandchildren, he was one of a kind.

Plant a tree in memory of Joseph