Plant a tree in memory of Lewis
An environmentally-friendly option 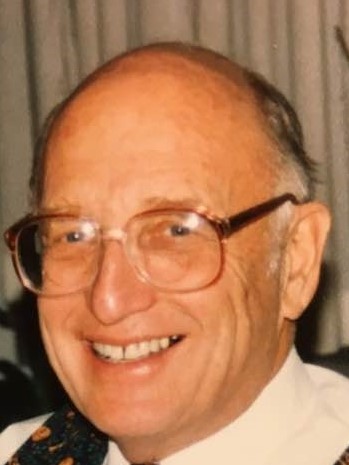 Lewis Charles Rubenstein died on Thursday, March 18, 2021. Born on August 2, 1930, in Albany, NY to the late Sophie Gertskin Rubenstein, and the Honorable Sol Rubenstein. Lew graduated from Albany High School in 1948 then attended Cornell University, graduating in 1956 after completing a tour with the Air Force during the Korean War. Lew received a masters in Early American Decorative Arts from the Henry Francis DuPont Museum, Winterthur Program at the University of Delaware.  He was the original curator of the John Jay Homestead, where he was a preservation architect, before the term was coined. He was the historian of the Hudson River Valley Commission, and his research led to the preservation of the lighthouses along the Hudson River culminating in a book. He returned to Albany and eventually became the speech writer for the commissioner of Parks and Recreation until retirement in 1990. Lew played the French horn with various bands and orchestras; spent many years restoring his 18th century Dutch farmhouse, enjoyed gardening, cooking, and camping.  He is survived by his wife of 63 years, Gretchen (Pat) Aronowitz Rubenstein, children Carl A. (Deborah) Rubenstein, Louisa R. (Carlos) Lopez, grandchildren Rachel (Alex) Hemmerstein, Michael G. Lopez, Sarah A. Lopez, brother David P. Rubenstein and several nieces and nephews. He is predeceased by his sister, Barbara R. Lieberfeld.

There will be a private graveside funeral. In lieu of flowers, contributions may be made to Albany Symphony Orchestra, or the Rotary Club of Albany

Plant a tree in memory of Lewis by clicking here.
To send flowers to Lewis' family, please visit our floral store.

A service summary is not available

Plant a tree in memory of Lewis
An environmentally-friendly option

Plant a tree in memory of Lewis

5 trees planted in memory of Lewis

With loving memories of Lew and our deepest sympathies.
George Benson and Michele Atallah


A Grove of 3 Memorial Trees was planted in memory of Lewis C. Rubenstein

Patrice and I knew Lew from back in our college days in the SUNY Orchestra. He was always supportive, quick with a smile and ready to play his horn with us. We will miss him greatly.
Susan Schuster and Patrice Malatestinic

A Memorial Tree was ordered in memory of Lewis C. Rubenstein by Susan Schuster and Patrice Malatestinic.  Plant a Tree

We send our condolences for your loss of Lou. Some of us had the privilege to know him at his best discussing projects and concepts at OPRHP, the Torc Club, the library or during the breaks at concert venues. In many of these situations he guided the words that set agency policy or the choice of what topic shall be covered in an important discussion. Sadly in his last years he was more limited, but still happy to be part of the audience, showing the same friendship and good humor that he always displayed.

Lou’s passing was a loss to all of us.

Dear Pat, Carl and Louisa,
So very sorry to hear of Lew's passing..He was a kind, gentle and caring man and always pleasant to be around...You have a wonderful angel watching over you now!!
With loving thoughts,

I am so sorry to hear of your husband's passing, Pat.  Wendy sent me the announcement.  I only met him one time at your house when you invited me for lunch, but I am amazed to read all him accomplishments.
My thoughts are with you.

Plant a tree in memory of Lewis